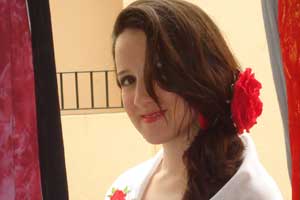 I am a sociologist, co-author of the following books: Gypsy Sexuality: Romani and Outsider Perspectives on Intimacy; Desafíos feministas en America Latina: La Mirada de las jóvenes (supported by the UN), and will launch another in 2014 about the political discussion of the abortion in Brazil. I pursued a Master's degree in Gender, Identity and Citizenship from Universidad de Cádiz, in Spain.

Safe World came in to my life earlier, in a moment in which I needed to put my heart into a very good and special project. There, I worked closely with the entire core team and I learnt a lot with everyone.

Nowadays, I keep up my research on gender with Red HILA (Iberoamerican Red in Social Sciences focusing on Gender issues), a research group based in Columbia involving experts and PHDs and students, who put together men and women researching with gender and cultural issues.

I’m an activist – ever since I felt how hard it is to be raised in a world in which you are always taught not to express yourself because you were born a woman. Through Safe World, I was in South Africa taking part in a summit (by Man Up Campaign) to learn more about the tools to develop projects and programs to stop violence against women.

That’s what I’m doing now in my life!

For me, Safe World always meant love and freedom! By contacting other activists, I realized I am a survivor and have never given up of fighting, making my part into changing this world in a safe place for women and girls. I’m trying!